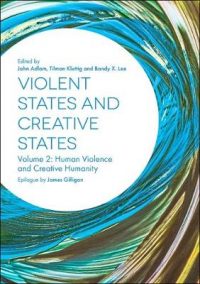 Volume 2: Human Violence and Creative Humanity explores violent states of mind, behavioural or subjective, interpersonal violence (including self-injury) and the fine distinctions between violent and creative states of mind.