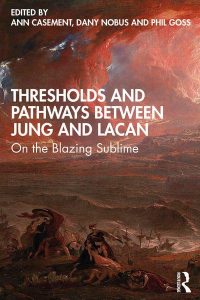 Thresholds and Pathways Between Jung and Lacan: On the Blazing Sublime

This groundbreaking book was seeded by the first-ever joint Jung–Lacan conference on the notion of the sublime held at Cambridge, England, against the backdrop of the 100th anniversary of the outbreak of the Great War. It provides a fascinating range of in-depth psychological perspectives on aspects of creativity and destruction inherent in the monstrous, awe-inspiring sublime.

The chapters include some of the outcrop of academic and clinical papers given at this conference, with the addition of new contributions that explore similarities and differences between Jungian and Lacanian thinking on key topics such as language and linguistics, literature, religion, self and subject, science, mathematics and philosophy.

The overall objective of this vitalizing volume is the development and dissemination of new ideas that will be of interest to practising psychoanalysts, psychotherapists and academics in the field, as well as to all those who are captivated by the still-revolutionary thinking of Jung and Lacan.