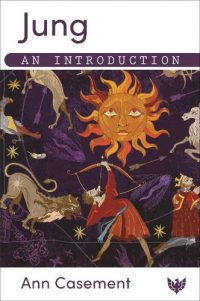 This book is an introduction to the ideas of the Swiss psychologist and psychoanalyst, C. G. Jung. The first chapter describes his early home life whilst subsequent chapters are devoted to his work in various sectors. This started in psychiatry at Burgholzli Hospital in Zurich, where Eugen Bleuler was the Director, a significant figure in Jung’s life for many years. The book goes on to describe at some length the professional relationship between Freud and Jung, and the disastrous impact of their subsequent acrimonious split in 1913 on themselves but, more importantly, on the profession of psychoanalysis itself, both at that time and subsequently. Several chapters elaborate Jung’s main concepts, including an extensive investigation of his all-important work on psychological alchemy, which includes 10 black and white illustrations from the alchemical text The Rosarium Philosophorum and 10 black and white ox-herding pictures of Kuo-an from the twelfth-century Buddhist tradition. The rest of the book depicts some of the significant women and men who contributed to analytical psychology, which is the term Jung chose to designate his psychoanalytic discipline. This is used interchangeably with the term psychoanalysis as many Jungians designate themselves psychoanalysts, including the author, as a New York State licensed psychoanalyst. This is also an account of some of the scientific, philosophical, and psychological influences on Jung’s thinking. The book concludes with an entry on China, where the author has spent the last few years analysing, lecturing, supervising, and teaching analytical psychology to Chinese psychotherapists, counsellors, and students in Beijing and Shanghai. This comprehensive work is essential reading for all those with an interest in C. G. Jung and his work.