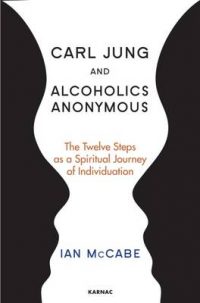 Carl Jung and Alcoholics Anonymous: The Twelve Steps as a Spiritual Journey of Individuation

“Show me a drunk and I’ll show you someone in search of God”, is a saying that could be derived from Carl Jung. Jung wrote to Bill Wilson, founder of Alcoholics Anonymous (A.A.), about his understanding of Rowland Hazard’s alcoholism: “His craving for alcohol was the equivalent, on a low level, of the spiritual thirst of our being for wholeness, expressed in medieval language: the union with God”. This book marries the writings of Carl Jung and Bill Wilson, and develops the idea that alcoholism is, primarily, a spiritual illness.The author visited the archives of the headquarters of A.A. in New York, and discovered new communications between Carl Jung and Bill Wilson. For the first time this correspondence shows Jung’s respect for A.A. and in turn, its influence on him. In particular, this research shows how Bill Wilson was encouraged by Jung’s writings to promote the spiritual aspect of recovery as opposed to the conventional medical model which has failed so abysmally.The book overturns the long-held belief that Jung distrusted groups. Indeed, influenced by A.A.’s success, Jung gave “complete and detailed instructions” on how the A.A. group format could be developed further and used by “general neurotics”. Wilson was an advocate of treating some alcoholics with LSD in order to deflate the ego and induce a spiritual experience. He wrote to Jung for his comments on this controversial idea. Jung was stridently opposed to “short cuts”, to transcendent experiences; however he died before he could reply to Wilson’s comprehensive letter.The author explains how alcoholism can be diagnosed and understood by professionals and the lay person; by examining the detailed case histories of Jung, the author gives graphic examples of its psychological and behavioural manifestations.By combining the narratives of recovering alcoholics with a Jungian perspective, the author explains how the program of the 12 steps can lead to a journey of spiritual awakening or in Jungian terms, individuation. This book explains in plain words the language of A.A. and takes the reader inside a meeting to show how it works in practice.The final chapter deals with the criticism that both organisations have “cultish” aspects.