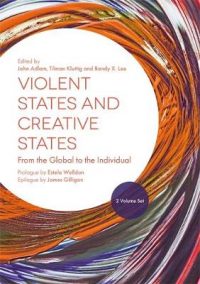 Violent States and Creative States (2 Volume Set): From the Global to the Individual