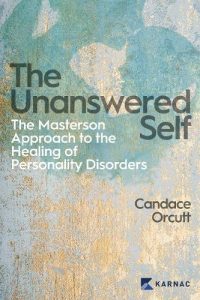 The Unanswered Self: The Masterson Approach to the Healing of Personality Disorder

James F. Masterson pioneered an innovative clinical approach to the dynamic psychotherapy of personality disorder, based on a steadily evolving synthesis of his own theory and interchange with other leaders in the field. Together with these originating minds, he established greater appreciation of mother-child attachment for shaping the personality — the basis for the effectiveness of a parallel therapeutic relationship in later healing of early relational failure. Masterson holds that borderline, narcissistic, and schizoid conditions begin when growth of outer relationship and inner object relatedness is inhibited at focal stages of the beginning development of the self. A therapeutic relationship addressed to the specific developmental needs of a troubled personality, he believes, frees the natural progress of the self toward fulfilment. This review of Masterson’s legacy cites his later integration of neurobiology as well as attachment theory, and considers inclusion of such post-Masterson concepts as self-state theory. Clinical examples are offered throughout to illustrate this dynamic approach to a therapeutic challenge now at the forefront of today’s caseloads.