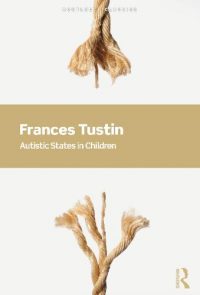 This is a print-on-demand publication and will take approximately 10 days to supply.

Frances Tustin (1913-1994) was one of the first professionally trained child psychotherapists in Britain. Although internationally recognised for her pioneering therapeutic work with autistic children, her approach is considered by some to be controversial, as her psychogenic view of childhood autism challenged the belief that it is biological and genetic.

Autistic States in Children is widely regarded as a vitally important work for understanding the causes of autism in young children. Vividly describing her clinical encounters with autistic children, Tustin argued that autistic states were above all self-protective ones. In her observational studies, she noted how autistic children’s interaction with physical objects, such as keys, toy cars, or other play items, had a rigid and ritualistic quality, far removed from the typical kind of fantasy play seen in other children. Such objects are not used by autistic children for their intended purpose, Tustin argued, but rather in sensation-dominated ways that interfere with mental development. She also drew a fundamental distinction between two autistic groups: an ‘encapsulated’ group, which is withdrawn and non-verbal, and an ‘entangled’ group, who are hyperactive and chaotic but have some language.

Autistic States in Children influenced not only those in psychotherapy and psychoanalysis but countless others who have contact with autistic children, especially families, and remains essential reading for anyone seeking a creative and compelling understanding of autism.