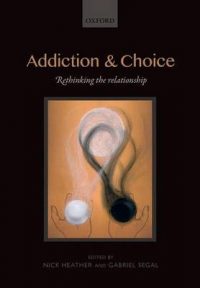 Addiction and Choice: Rethinking the relationship

The central problem in the study of addiction is to explain why people repeatedly behave in ways they know are bad for them. For much of the previous century and until the present day, the majority of scientific and medical attempts to solve this problem were couched in terms of involuntary behavior; if people behave in ways they do not want, then this must be because the behavior is beyond their control and outside the realm of choice. An opposing tradition, which finds current support among scientists and scholars as well as members of the general public, is that so-called addictive behavior reflects an ordinary choice just like any other and that the concept of addiction is a myth. The editors and authors of this book tend to take neither view. There has been an increasing recognition in recent literature on addiction that restricting possible conceptions of it to either of these extreme positions is unhelpful and is retarding progress on understanding the nature of addiction and what could be done about it. This book contains a range of views from philosophy, neuroscience, psychiatry, psychology and the law on what exactly this middle ground between free choice and no choice consists of and what its implications are for theory, practice and policy on addiction. The result amounts to a profound change in our thinking on addiction and how its devastating consequences can be ameliorated. Addiction and Choice is a thought provoking new volume for all those with an interest in this global issue.